One of the things I do first of all is to get to know who the victim is and what they like to do.

This helps to give you clues as to what would attract them to being abducted. 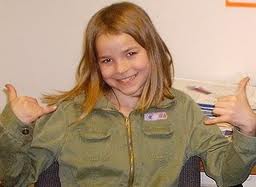 In Lindsey Baum’s case because I didn’t know anything about her until a few days ago I had to google and look for any type of information I could find.

I look for personality traits, hobbies, friends, family and whatever else I can find out about her.

The greatest place to look for information is in the forums, where people who know the victim actually talk about all their personal details.

It must be embarrassing for some families to have all the closet skeletons brought out into the public limelight.

People can be pretty vicious at times.

Unless I say it’s a remote viewing or vision, then most of my research is strictly done before or after a vision on google.

If I see a vision,then I look for proof that it’s real before I start posting it.

which can be confusing for the readers.

They think I’m going all over the place and true I am.

When it comes to a bodies energy it goes all over a city, to a job, to a school, grabs something to eat, and those energies are still there during a person’s life and after a person’s life is over.

I look for any little clue I can find.

Now today I read some interesting words from Lindsey’s school mates in a forum.  They say she’s smart, tough and it’s highly unlikely she would go anywhere with a stranger without kicking up a fuss.

They all conclude that it’s someone she knows, or is familiar with, or comfortable with.

Unless she was taken so quickly without warning.

Now they say there are only two exits out of the small town and one is a highway 101.

another person mentions some old buildings behind the bus terminal where lately they noticed a “creepy” guy hanging around.

I find their choice of words interesting, because in Kyron Horman’s case, the same exact words were used.

A creepy looking guy was hanging around the school on the day he disappeared and they are looking for a white truck.

Funny thing, the gas station videos that relate to Lindsey’s time of disappearance there are 3 white trucks and 2 white cars shown in the videos.

White trucks and vans – they must pick this color because it’s popular and easy to blend in with the traffic.

I have an idea though.

For in town  Mc Cleary Washington, Olympia (out of town?) and surrounding area – I’d like you to ask all grocery clerks if anyone’s purchased MORE food then normal over a period of time.

True if it’s  a small town, you would notice something like that.

Also Lindsey’s mom needs to make a list of her favorite foods, restaurants and movies.

The reason is we can track down places she went too in the last week before she disappeared.

If it was a stranger they would have only been there for a day or so.

So any hotels on the outskirts of town, should report any white vans, or pickup trucks seen in the vicinity.

I hate to tell you this but if Lindsey was abducted by a stranger and they found her easy prey, they will do it again…

Now I posted a video about human traficking because Harry saw a little girls ghost and he identified the picture of a girl named Lindsey Baum.

I didn’t pay much attention to it before, but now that I’m working on the case I have to.

Today she kept saying “traficking” to him.  He didn’t know what it meant, but I did and I groaned.

That’s one word I don’t like to hear because it’s like looking for a needle in a haystack.

I haven’t learned how to “focus” my energies to the degree I want too but I’m hoping that like anything else practice makes perfect.

I saw this great video today about not hitting yourself over the head after making a mistake.  You can’t always be right.

I hope someday I can be always right.

Matt Damon plays a psychic in the movie hereafter – it’s out in theatres this week and I was amazed and wondered is it really that intense for them?

Can they just touch a person and see things in such detail?

I wish I could do that. I see things and areas but I haven’t managed to get into the finite details, like something small in a room, something unique to identify it.

And then we have the problem of, identifying a house and police have to have a search warrant to get into it.

Why doesn’t someone change the law?

If there is probable cause and a child is missing police search every single house here in canada with no problems.  Why is it so difficult in the states?

I think President Barrack Obama could change that if someone told him too.

thank you for commenting come back soon! Cancel reply